“We are very pleased with the development of our Q1 2015 revenues, reaching an all-time high of EUR 95.6 million, slightly exceeding guidance. This is a strong increase of 22.4% vs. Q1 2014 and an increase of 10.2% vs. Q4 2014. It also marks the fifth consecutive quarter with year-on-year growth. The increase in revenue is largely driven by investments in enterprise solutions, reflecting the continued network traffic growth due to the increasing adoption of cloud based services, most notably in the Americas. Our pro forma gross margin decreased slightly from 36.6% in Q4 2014 to 36.2% in Q1 2015, due to variations in product and customer mix and the weakening of the EUR against the USD. However, the impact of the changes in foreign currency exchange rates to our pro forma gross profitability was compensated by net gains from foreign currency hedging recorded below the operating-income line. We achieved a pro forma operating income of 3.9% of revenues in Q1 2015, at the upper end of guidance, demonstrating our continued focus on managing operational costs. Also, our high quarter-end cash & cash equivalents and net liquidity of EUR 73.4 million and EUR 40.5 million, respectively, demonstrate ongoing financial strength,” commented Ulrich Dopfer, chief financial officer of ADVA Optical Networking.

In conjunction with the release of its Q1 2015 financial results on April 23, 2015, ADVA Optical Networking will host a conference call for analysts and investors at 3:00 p.m. CEST / 9:00 a.m. EDT. Participating in the call will be ADVA Optical Networking's chief executive officer, Brian Protiva, and chief financial officer, Ulrich Dopfer. Interested parties may dial in at +49 69 22 222 9043 or +1 855 402 7766, pin code 5034 0392#, and download the corresponding presentation from ADVA Optical Networking's website, www.advaoptical.com, located in the “About Us / Investor Relations” section on the “Financial Results” page under “Conference Calls”.

In Q2 2015, ADVA Optical Networking expects revenues to range between EUR 105 million and EUR 110 million, and anticipates pro forma operating income of between 3% and 6% of revenues. As a matter of caution, ADVA Optical Networking notes that it will continue to perform quarterly reviews of the expected business development with respect to all intangible assets, including capitalized development expenses. In case of highly adverse business prospects, these reviews may result in non-cash impairment charges in Q2 2015 and beyond. The pro forma operating income guidance provided above excludes any such potential impairment charges. ADVA Optical Networking will hold its annual shareholders’ meeting on May 20, 2015, in Meiningen, Germany, and will publish its Q2 2015 financial results on July 23, 2015.

“With record high revenue in Q1 2015 and a strong pipeline of opportunities, ADVA Optical Networking is proving itself to be extraordinarily well positioned as it continues its strong upwards trend. Our investments in innovative connectivity and networking solutions which support the two mega trends cloud and mobility are driving rapid growth for ADVA Optical Networking. Supported by Infonetics Research , ADVA Optical Networking posted extraordinary results in North America, ahead of its US competitors. Our customers are paying more and more attention to secure network connectivity. Thus, we are expanding our ConnectGuard™ portfolio to provide encrypted Ethernet connectivity, enabling secure cloud access for both fixed and mobile users. This complements our leadership position of offering secure optical data center interconnection. With our deep and longstanding industry know-how, our focus on the latest technology and a diverse mix of customers, we have been able to grow our business significantly. Data center interconnection and forward-looking cloud computing applications remain key drivers of growth for the use of our 100G and encryption features. These drivers will create further value for shareholders,” stated Brian Protiva, chief executive officer of ADVA Optical Networking. 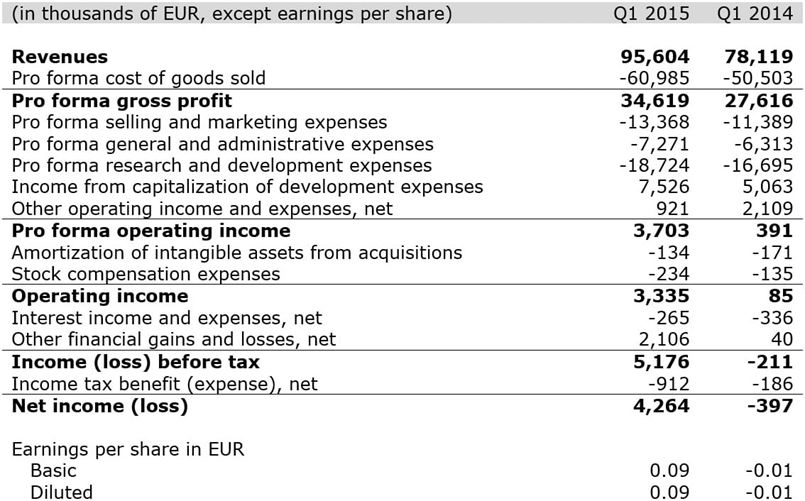